How to build a deck. The right tools can make all the difference when it comes to building a deck.

Different deck sizes, shapes, and overall materials, as well as different environments will dictate some of the tools required, as will the stage of preparation you’re at – whether that’s foundation work, framing and construction, or finish carpentry.

How to build a deck: The Foundation
Always start with the foundation when you begin any building project. When it comes to the foundation of a deck, you’ll need to dig several holes to place the foundation posts in and then fill these holes with concrete. For small projects, a hand-held post-hole digger or a shovel will work just fine as long as you’re willing to put in the labour (or have a friend who is). If you’re tackling a larger project, then taking the time and expense of renting something like a two-man auger might be well worth it. Concrete can be bought in bags and mixed in a wheelbarrow or on a large tarp for most small to medium-sized projects, though larger decks may require renting a small mixer. A quick and easy alternative to concrete is a new product called post fix.

Standard tools such as tape measures and levels are very useful here as well. You’ll need your frame to be aligned properly and all of your post’s to be level so you can ensure your deck will be level.

How to build a deck: The Framing
When it comes to framing, those basic tools are a must. A tape measure, pencil, chalk line, and a hammer are a solid start for putting things together. Having a hand-held circular saw and a pneumatic nail gun will help the job go that much faster. The goal of this step is to get all of your material ready for cutting and installation, so expect to spend some time marking out measurements and cutting up boards. When it’s time to put everything together, a simple hammer will work fine for most projects, but having an automatic nail gun can really speed up the process. An alternative to traditional timber frames held together with nails is rolled formed steel beams which can be up to 60% lighter but with the strength of steel and the versatility of timber.

How to build a deck: The Finishing
Finishing a deck is the one stage of construction where it’s perfectly fine to take things only as far as you are comfortable with. Having an electric drop saw, a jigsaw, a cordless screw gun, and an electric drill will probably cover most of what you’d like to do with the finishing on a deck. If you’d like to have more detail in your finished project, then you’ll need to collect the proper tools for the effect you want, which will probably vary considerably from project to project.

Keep an eye out for part 2 in our How to Build a Deck series.

Building a deck can be a fulfilling project especially when you can enjoy many great times on it. Please contact us if you have any questions regarding how to build a deck or need materials for your next project. NexGEN Decking would love to help you out. 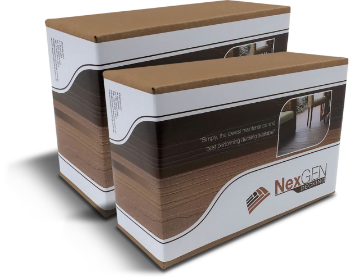